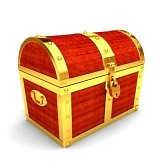 2500 years ago in China there lived a Taoist master called “Master Spirit of the Valley”. He had been a disciple of Lao Tzu, the author of the Tao Te Ching, a less famous disciple than others  on account of his very complex esoteric teachings. Difficult to grasp, they were almost impossible to follow. Despite this he was widely regarded as a brilliant teacher, and his teachings considered extraordinarily effective. Because of this his students included generals who wanted enhance their military capabilities through the knowledge of his teachings.

The Master Spirit of the Valley delivered a secret manual to a handful of the most capable of these generals. It contained instructions on how to approach critical situations when all other possibilities had been exhausted.  The only condition was that the manual be kept in a sealed, padlocked casket, which was hidden from view and only opened as a last resort.

One of these generals, having attacked and attempted to conquer rival territory, was forced to flee, pursued by an enemy army much larger and better equipped than his. Several days into the fight the General had lost many men. Hunted by the enemy, he and his dwindling army of exhausted and hungry soldiers arrived at the bank of an un-crossable river.

The general searched in vain for boats, or any means of escape from the approaching massacre.  When he eventually found some in a fishing village, they had holes in them. At an utter loss the general ordered that the secret manual be brought to him. He ripped open the casket seals only to find a manuscript containing hundreds of pages of blank paper. 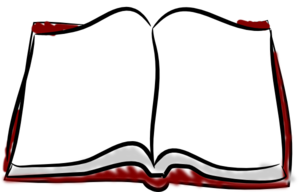 I guess you want to know how the story ends?

Right now I have a question.

Why was a secret manual, which was only to be used in the most extreme of circumstances, filled with blank pages? What message was the Master Spirit of the Valley trying to convey?

Last November I attended the first module of a course entitled “The Inner Game”, created and held by “the founding father of coaching”, Timothy Gallwey. We were met with a pile of chairs, stacked on the other side of the room from the desks. After 15 minutes of waiting and wondering – for something yet to come, we each pulled up a seat in front of the white board. We were handed the course material: a bound manual, a note pad and a pen. Along with my classmates I opened the manual hoping to find some invaluable insights that Timothy would then expand on. Instead, the first 90 pages were blank. The last 10 contained some generic explanations about how to pass the Inner Game program.

In actual fact, the first 90 pages were not entirely blank. In the upper left hand corner of every sheet were the words “What do I see? What’s happening”? The blank space was for me. I was to fill it with a description of what I saw, thought and felt.

I think that what the Master Spirit of The Valley and Timothy Gallwey were intending to do was to make us retake possession of our actions and decisions; to make us aware of the situations in which we live and to have confidence in our own resourcefulness.

Who then is the only true author of our manual on how to behave?